For I Am They 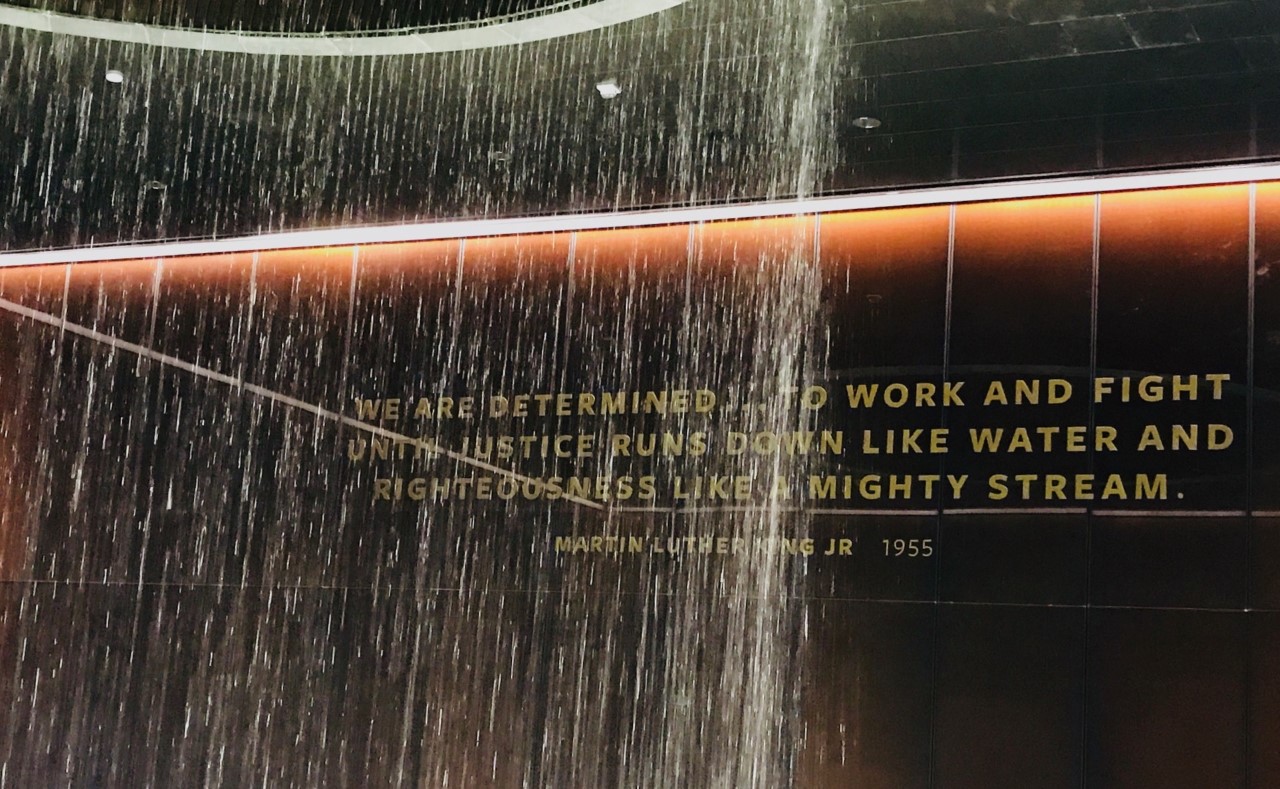 Trayvon Martin was killed in Florida, and I thought “They need to make this stop.” Michael Brown was killed in Ferguson, MO, and I wondered, “When are they going to do something?” Then I saw the videos and heard the news reports of Ahmaud Arbery and Breonna Taylor and asked, “Why do they let this keep happening?”

When George Floyd died from police officer Devon Chauvin kneeling on his neck in Minneapolis, I finally understood. “They” haven’t done something because they means we and we means me. The real question is, why haven’t I done something? Why have I sat in silence, waiting and watching for someone else to act?

One of the favorite verses Christians recite when discussing justice is Micah 6:8. “What does the Lord require of you? To do justice, love kindness, and walk humbly with your God.” Micah could have reversed the order and said love justice and do kindness, and then we could easily love justice from the sidelines. But we are required to do justice, and it’s impossible to do anything by standing still. The “do” in do justice implies action. Instead of reciting the verse, it’s time to start living it.

As we do justice, it’s important that we approach this work with a posture of humility, openness, and courage. Our posture should show that we have a willingness to listen to others, convey an earnestness to learn, and project courage—a willingness to speak up and speak out.

Some ways to get started in addressing racial injustice include:

Listening
•    Gather with others for honest and authentic conversations about racial relations.
•    Learn from one another about hurts of the past and hopes for the future.
•    Attend planned events where others share their stories.

Learning
•    Read books, watch movies and listen to podcasts to better understand why, where and how racism and systemic racism began and is still occurring in our country.
•    Study how to be an anti-racist.
•    Educate our children on America’s dark history of slavery, Jim Crow, and the Civil Rights Movement.

Speaking up and speaking out
•    Let others know we are offended when they make jokes concerning, unkind remarks toward, and racist generalizations about people of color.
•    Expose redlining* and advocate for it to end in cities where it is still occurring.
•    Petition lawmakers for equality in education, police and prison reform, and non-discriminatory practices.

How many more lives have to be unjustly taken before we do justice? We are God’s people, and we will be held accountable.

For me, it’s no longer what will they do, but what will I do? For I am they.

* Redlining is the practice of excluding whole communities of color and other minority groups from receiving services (government, financial, etc.) on the specific basis of race or ethnicity.

The Network Blog is a compilation of articles, stories, and more, written by NorthStar staff and others connected to our Network.

For I Am They