"I find the nights long, for I sleep but little, and think much."
- Charles Dickens

I have no trouble falling asleep at night—usually within three to four minutes of hitting the pillow. But Audrey says that I snore and keep her awake sometimes. And that my legs often kick involuntarily during the night. I mentioned this to my doctor and he suggested a sleep test. That's an overnight experience in a special facility, where you are hooked up to dozens of wires and observed through the night as you sleep.

I agreed to give it a try, and I even looked forward to it as a kind of "summer camp.”

I reported to the Virginia Heart Sleep Center on a Sunday night at 9:00 PM, and was met at the door by Erica, the technician who would be monitoring me until early the next morning. She took me to my room, checked my vital signs, and attached all those wires to my head, nose, hands, and legs, explaining the whole process as she did. We talked about all sorts of things for the twenty minutes that took—sleep and dream related, but also about her life and the goals she had for it.

"You can read the book you brought, or watch television if you'd like,” she said. "But lights out by 11 PM.”

I clicked off the bedside light at 10:30—eager to get started.

I tossed and turned some, trying to get comfortable with all those attachments. It wasn't really uncomfortable. But sleep wouldn't come. I was aware of the camera on the wall, a small blue light glowing from it, and that Erica was watching my every move. Also that the clock was ticking on this experiment and, if I didn't get to sleep soon the night would end up being a costly waste.

One hour—then two—went by and...nothing. I buzzed for the technician to come and unplug me long enough to go to the rest room (I didn't have to roll a pole down the hall).

When she tucked me back in she said: "You might want to try counting backwards from 1,000—by 3s. That works for some people.”

The math sounded too complicated to me, though. I tried it but gave up by the time I got to 988.

It did remind me, though, of an early poem by Billy Collins--

"After counting all the sheep in the world
I enumerated the wildebeests, snails,
camels, skylarks, etc.,

then I added up all the zoos and aquariums
country by country.

By early light I am asleep
In a nightmare about drowning in the Flood."

Eventually I did drift off—but my total sleep time for the night was only two and one-half hours.

"Actually, that's enough for us to learn what we need to know,” Erica told me when she came to get me up. "You did good.” Like comforting a little boy who struck out in T-Ball.

She was so kind and calming throughout the whole experience. I couldn't have asked for better treatment. And, by 5:20 AM Monday, I was dressed and out the door and headed for home in the early morning mist.

A few days later, I went back to hear the results of the study. It turns out that my wife was wrong—I knew she was! I didn't snore or move my legs while sleeping. It must have been her imagination. There was a little sleep apnea, though. The doctor made a couple of suggestions but also said I could choose to do nothing at this point. And that is what I'm going to do right now—nothing. We'll check it again in a year or so.

I am more sympathetic to insomniacs now, or to Audrey when she has trouble falling asleep. Any number of things can cause it, I was told. Stress, of course. Caffeine before bedtime. A guilty conscience or worries about some decision made or being contemplated. Anxiety about what awaits me on my desk tomorrow.

A verse I am claiming now as a kind of mantra is Psalm 4:8—"In peace, I will lie down and sleep."

And, should sleep prove elusive on some other night, this reminder from Psalm 63:6—

"On my bed I remember you;
I think of you through the watches
of the night.”

After all, "Thou wilt keep him in perfect peace, whose mind is stayed on Thee" (Isaiah 26:3). I will focus my thoughts on God and not my worries. "Counting my blessings instead of sheep," as the old song goes. 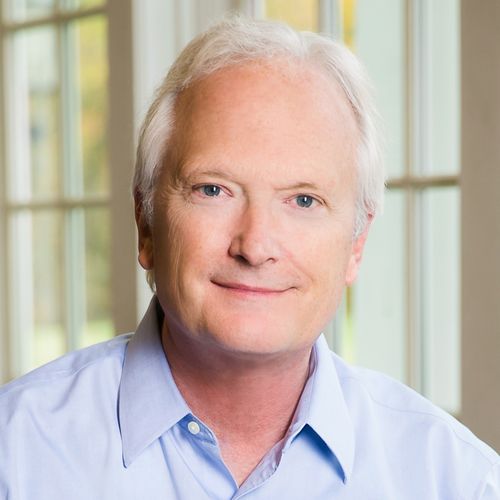 Posted by Don Davidson with

Voices of the Network is a compilation of articles, stories, and more, written by individuals from around our Network.

Beauty Will Save the World